is an officially registered association in Germany, founded in June 2021 after being a more than 10 year-long private fundraising initiative. We now have our own donation account and are allowed to write official donation receipts for tax refund.

Our goal in our statutes is to support and help realising educational and social projects in East Africa through fundraising, networking and expert advise.

Our actual project is focusing on the construction of Kihesa Mgagao Secondary school in a rural area of the Southern highlands in Tanzania, a two-hours-drive away from the next bigger city, called "Iringa".

The construction is mainly in hands and responsibility of a Tanzanian NGO called "THPR - Tanzania for Human People's Rights". 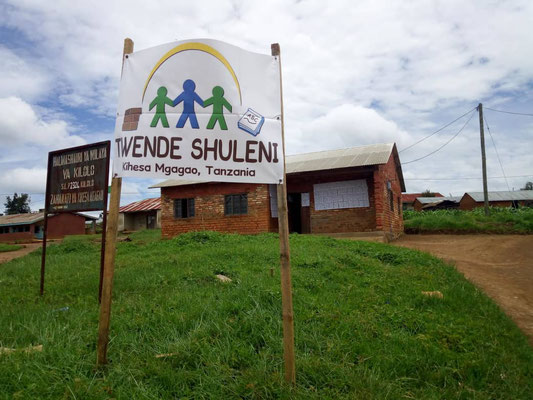 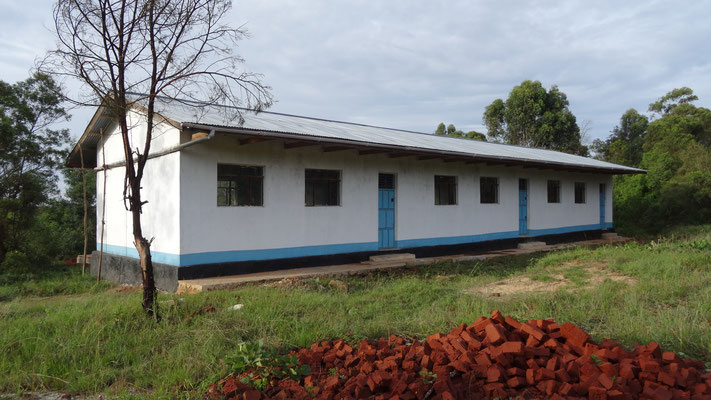 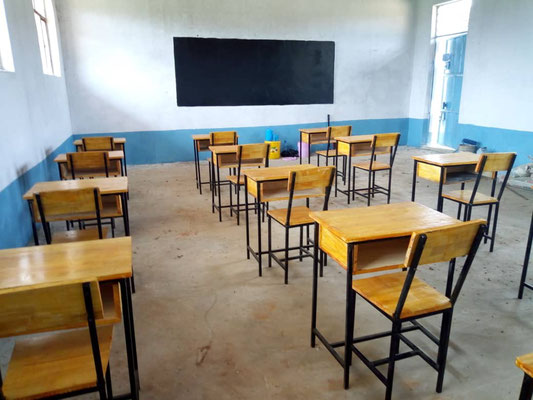 Some motivated Tanzanian citizens want to make a contribution for a better future for Tanzanian Youths.

Though Primary school education has improved during the last decades, higher education is still not accessible for a huge number or children, especially in rural areas. The government is still not in a position to take completely care of that task, that's why private initiatives have to spring into action. Plans for the construction were already set up several years ago and a huge piece of land was bought. But due to a lack of money and sponsors the building activities could not really start.

During a random meeting while traveling in Tanzania in 2011, the idea of the school construction was presented to Birgit Schönharting (the later founder of TWENDE SHULENI e.V.) by a member of THPR, Mr. Ochieng Anudo - who is up to date our main contact person there. During the years and via an official sub-account with the organisation "MISEREOR e.V." in Germany, a sum of more than 120.000 Euro could be collected and at start of the official association some constructions are ready. (see history in pictures): 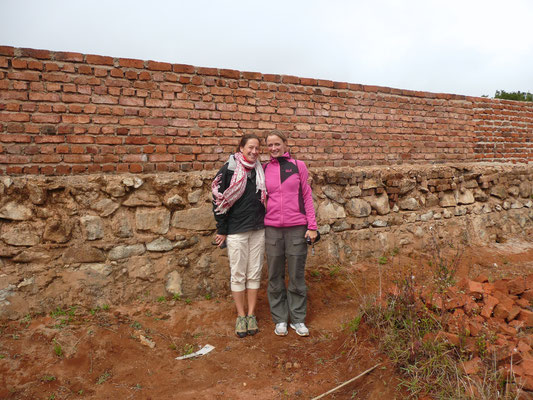 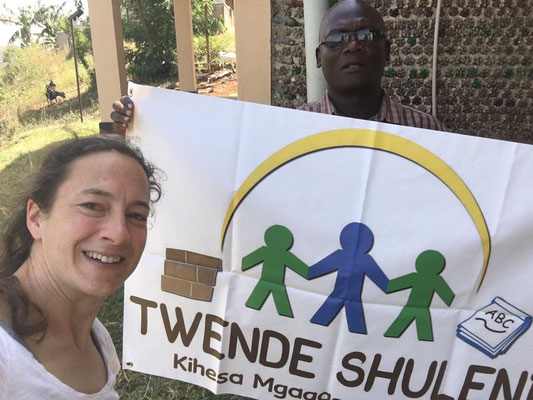 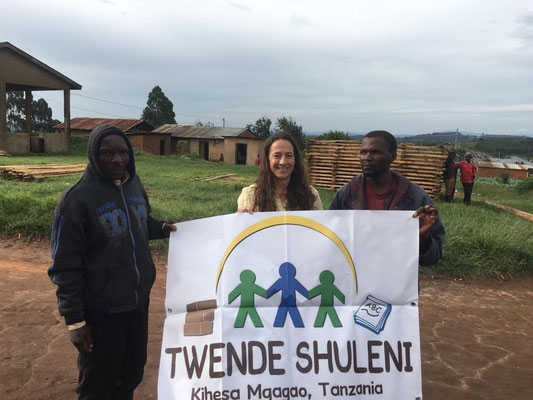 Although we haven't reached yet the official green line to start the secondary school, we could start using the first huge building with three classrooms for some teaching activities in the second half of 2021 (English summer school for adults and some preparation and foundation courses for pupils), which is highly appreciated by the locals. A staff toilet , a second bigger toilet for the students ,a temporary kitchen  and a temporary office was added in the last months.

The government asked to start the construction for a second building (they want to see efforts for a laboratory, which is mandatory for the start of a secondary school), which is in process and moving on well right now.

A big piece of land is prepared as a school farm, first crops were planted and harvested already and a tree nursery was started - this will be part of a sustainable supply and income for future years. A water cistern for 35.000 l is collecting precious rain water during raining season, a pump is used so far as solution to bring water from a nearby river.

The big goal is in front of us: The start of official schooling activities for the first day-students as soon as possible. This will be an important mile stone for further building steps, acceptance in the community and new fundraising opportunities. Negotiations are currently ongoing.

TWENDE SHULENI e.V. sees its function in Germany also in raising awareness about the right for education in underprivileged countries and in collecting funds and in advising in project management. We want to keep the construction and planning in big parts in the hands of THPR, because we think that the local community knows better how to reach their own goal and that real development only works if the people who are concerned can take over responsibility and build their future. In addition we would like to develop some new ideas how to help the local community and implement some side-projects, which might not be essential for the school opening at first place, but could be help- and meaningful for the further development of the whole village and its people.

There is a direct and trustful personal contact between the people involved from Germany and Tanzania. We do our best to keep the administrative costs down at a very low level, our members of the association work voluntarily. Our goal ist that the highest possible amount of funds directly reaches the project. Through our constant personal contacts we can deliver transparent reports how the funds are used,

Can YOU help? Do YOU want to be part of a story that can change people's life and improve the situation of this small Tanzanian village? Then you can send money to the official account. Watch the buildings grow and be part of the future of Tanzanian children.